A 29-year-old man was reportedly caught pants down with his neighbour’s cow while trying to satisfy his s3xual urge in a strange way.

The man identified as John Mwaura allegedly sneaked into his neighbour’s compound in Bahati, Nakuru in Kenya to have s3x with cows.

According to reports, the man said to be a bachelor confessed to angry residents saying, ”I always have s3x with the cow whenever I feel like because I fear girls might infect me with HIV.

“It is not my first time. I have had s3x with four other cows in Ndunduri and Wanyororo. I am pleading for mercy. Don’t kill me, let me surrender my piece of land to pay for the cow,” he added.

He, however, pleaded guilty to the offense of having an unnatural act with cows in court before Nakuru Chief Magistrate Josephat Kalo and the case moved to July 26, 2018. 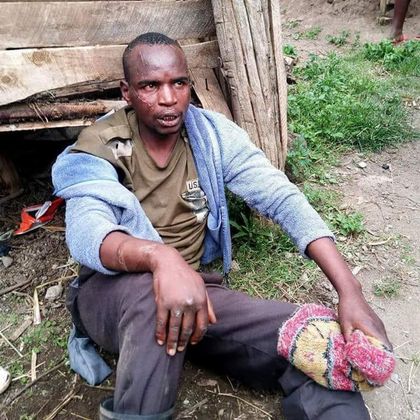 This site uses Akismet to reduce spam. Learn how your comment data is processed.

Man Stabs Himself To Death After Breakup With Lover